On February 25, 2017, the Minister of Foreign Affairs of the Republic of Uzbekistan Abdulaziz Kamilov received the Deputy Assistant Secretary of State for Central Asia of the United States of America Daniel Rosenblum, who is on a visit to Uzbekistan. 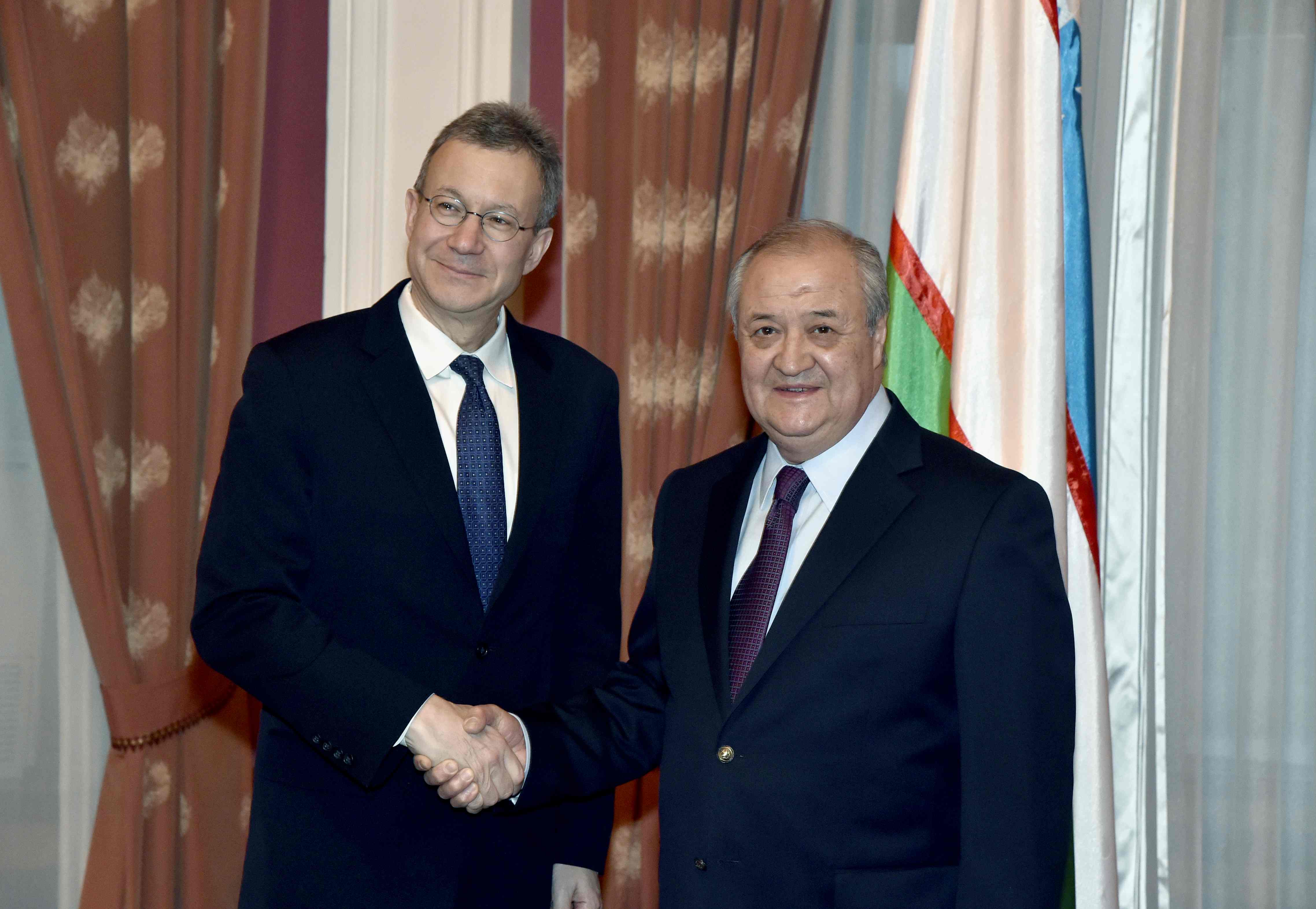 The sides exchanged views on the issues of Uzbek-US relations, some international and regional problems.

The parties also considered the results of the next meeting of the American-Uzbek Chamber of Commerce, which took place on February 1, 2017 in Tashkent.

The Ambassador of the USA Pamela Leora Spratlen attended the meeting.

Source: Ministry of Foreign Affairs of the Republic of Uzbekistan